There was so much going on yesterday that it was hard to go out of the way just to make another full post about it on here! But hey, 3/23 has all of the numbers necessary to continue talking about the subject and still be reasonable!

So here's a recap:

UPDATE- Yesterday's update featured the unfinished play manuscript written by Sova come to life on an imaginary stage, with its intended cast playing their parts. This update was conceived, outlined, designed and finalized by myself and Heather. Though the script was actually written by Agonist, and it wouldn't have been the same without her chops.

The foley used in the intro was done by SplitSuns and the animation was done by Kohilaice. Sketches, lines and colors for panels were headed by Charlie, Ciro, Eddie, Heather and Donut while Xam handled all of the clean up and texture additions.

Next update we'll be back in The Game, but don't worry, we haven't seen the end of "Upon The Twelfth Hour" just yet.

SBB VOL. 11 TEASER- As once stated before, Vol. 11 is going to be the biggest volume of Snowbound Blood there is. There's still a heavy amount of development required for it, but hopefully this trailer we released sufficiently explains that the stakes for Secily and company are quite high. 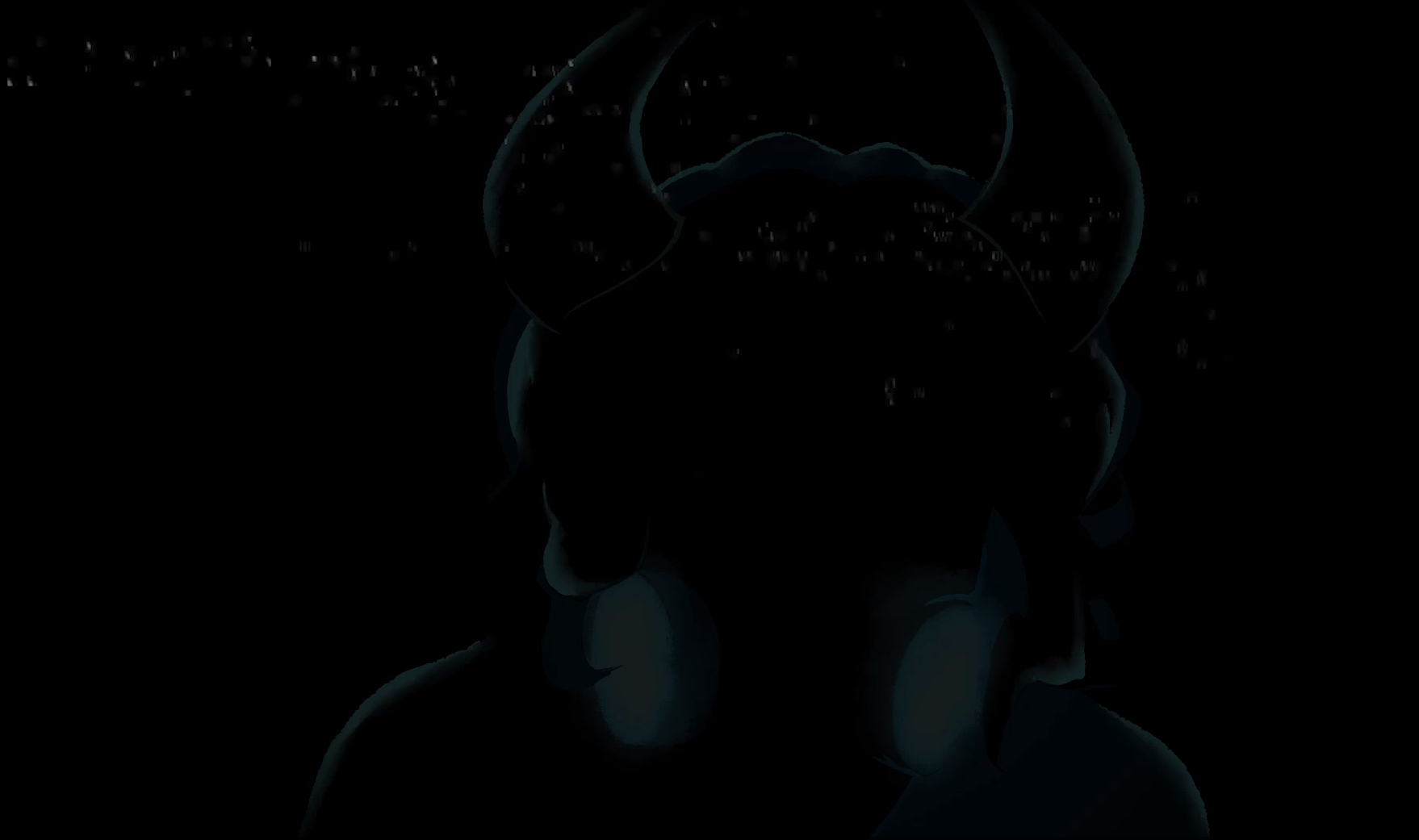 There's a whole EP with five select tracks from the album in their current state out now on our Bandcamp! Think of it as a nice sample of what's to come. 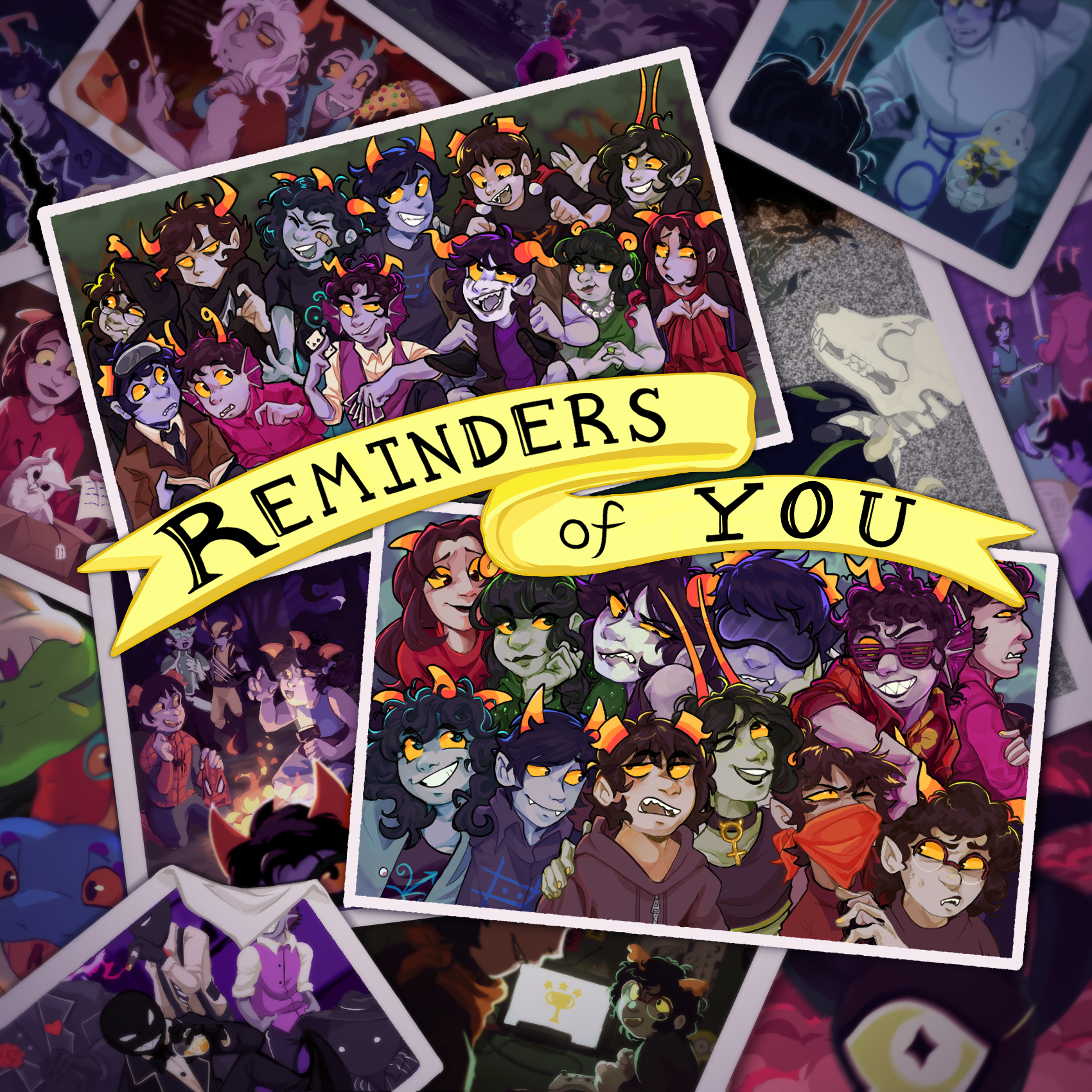 PRINTS- We have some new prints in the works! Redbubble has been a little fickle about it, so they currently aren't able to be sold. We're working on getting that sorted, but for now you can look at this nice convict lineup piece done by Xam. 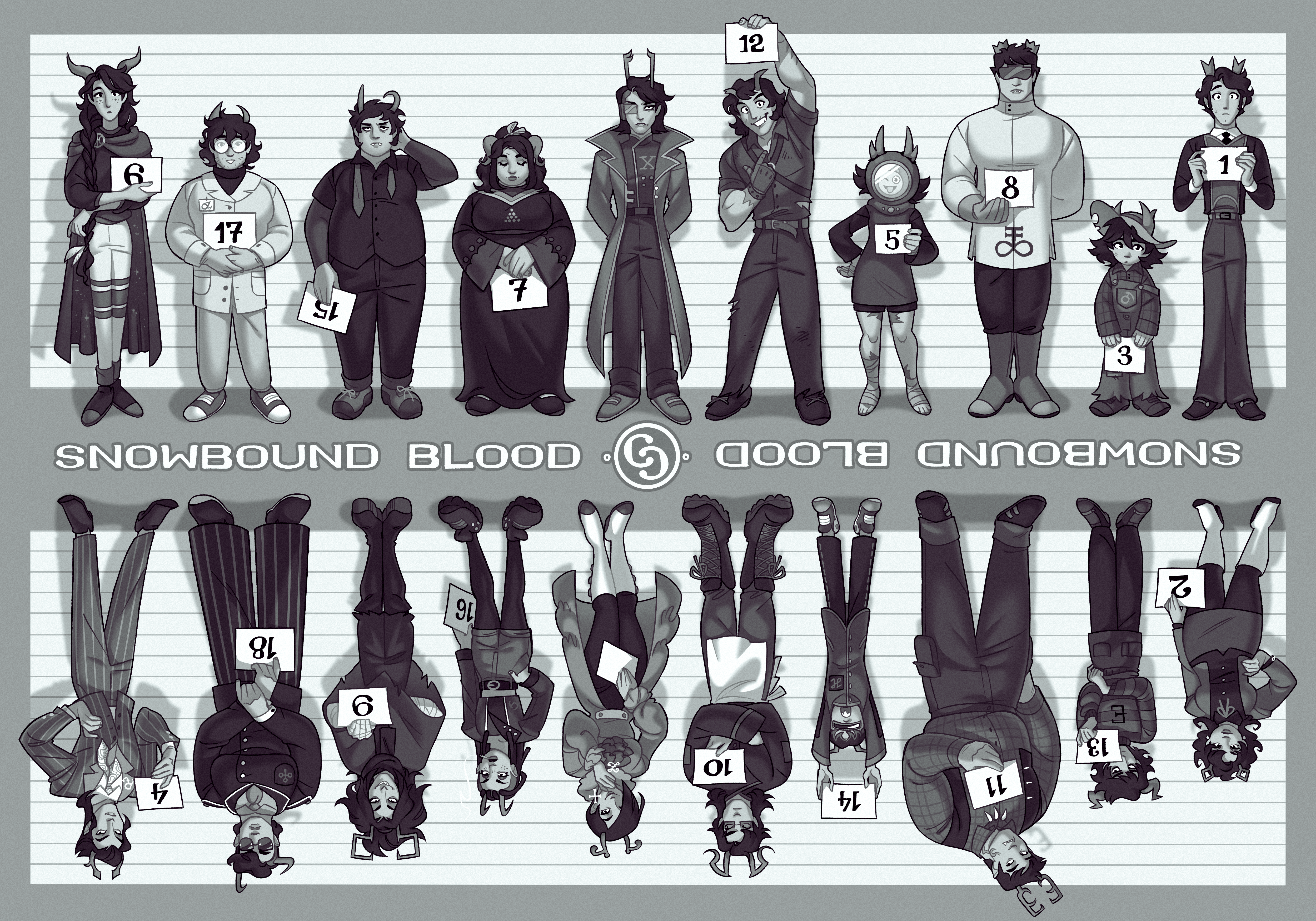 WALLPAPERS- For the first time in over two years, we have four new, comfy, specialty wallpapers to celebrate the comic's 10th anniversary! All of which are done by fans, and all of whom you should support!

You can find all of them on the sites newly refurbished Bonus Content section! 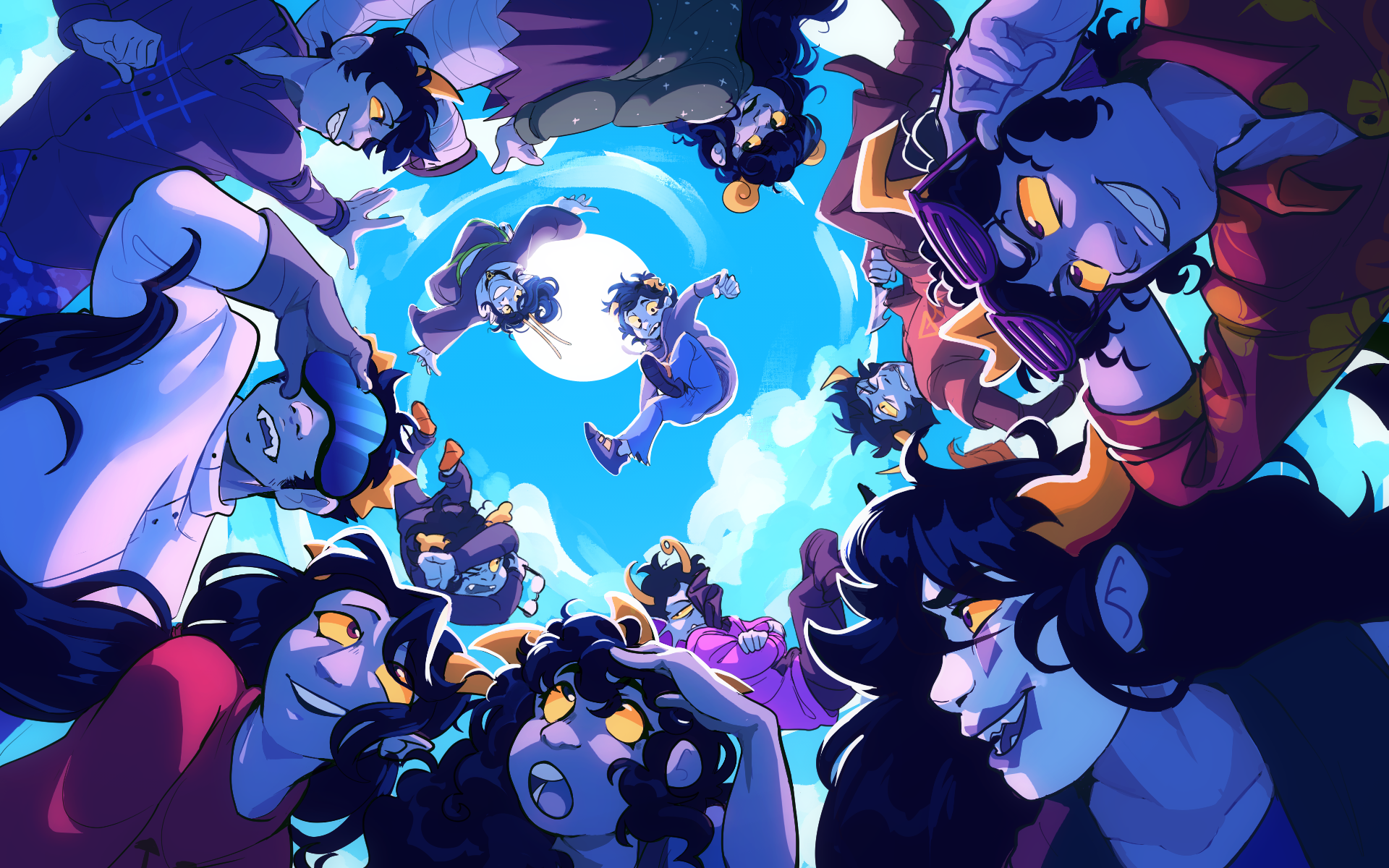 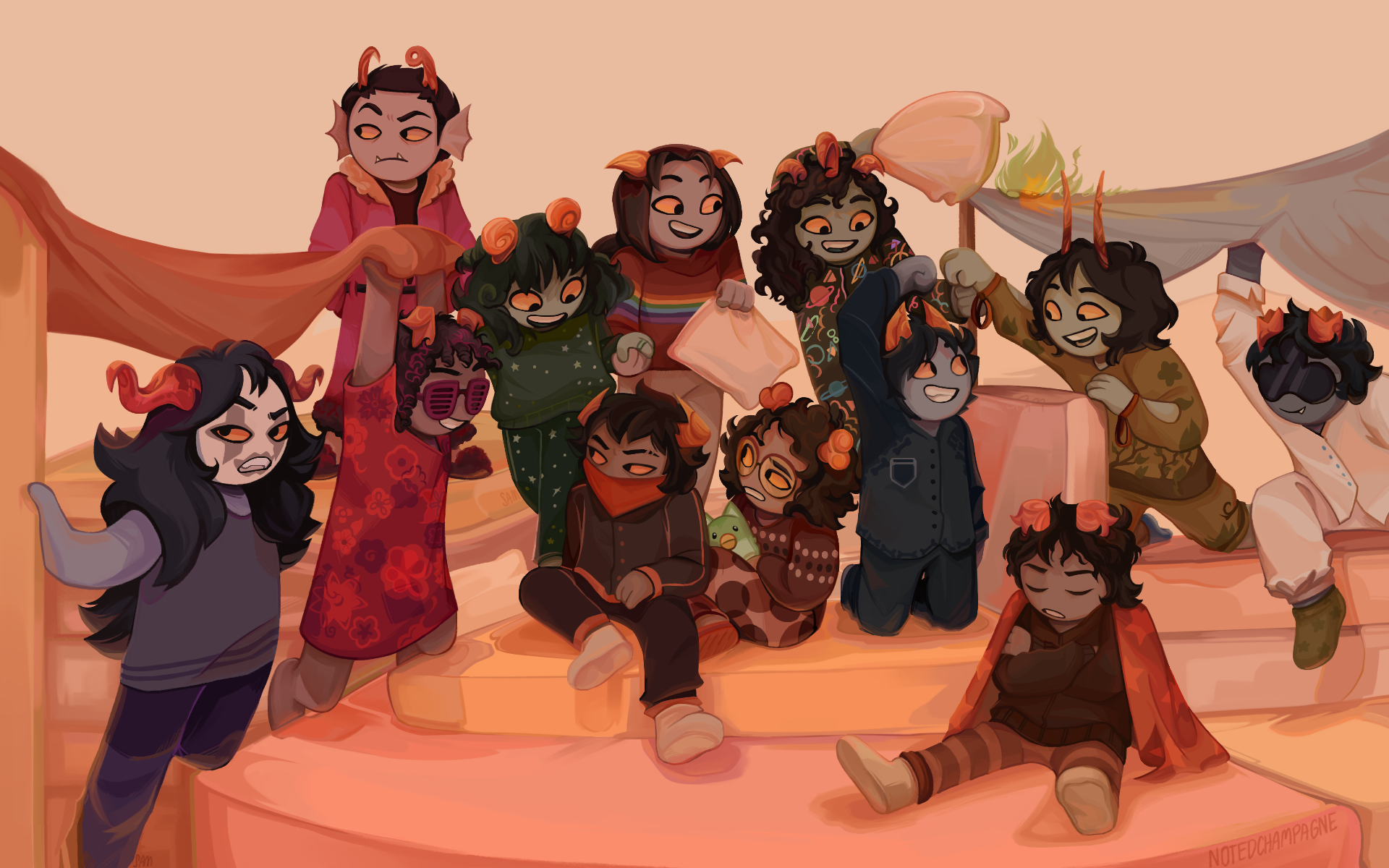 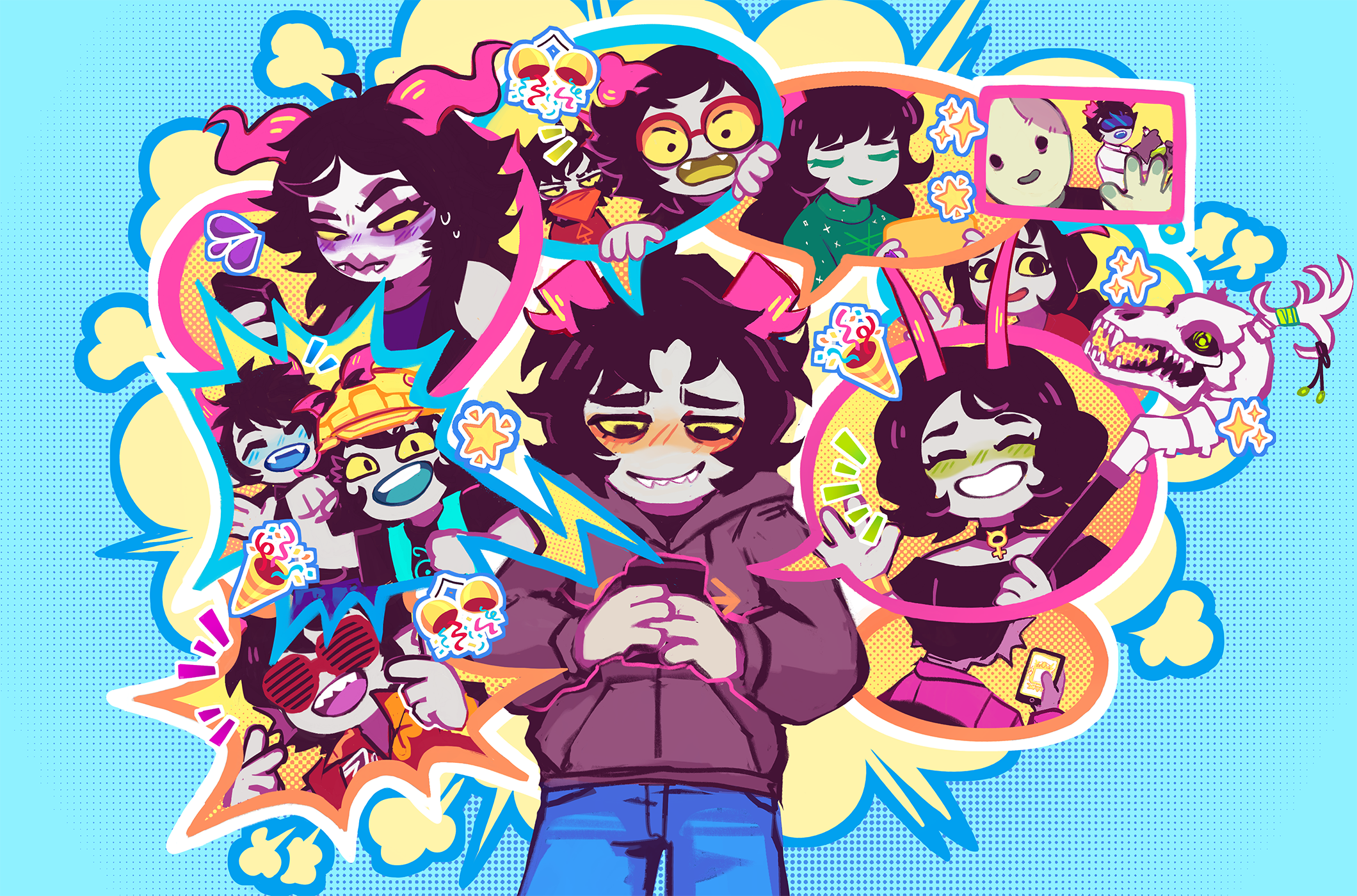 RERUNS- A new anthology series entitled "Reruns" will be coming to Deconreconstruction. We're looking to tentatively begin releasing comics in late 2021. You can read more about it here. 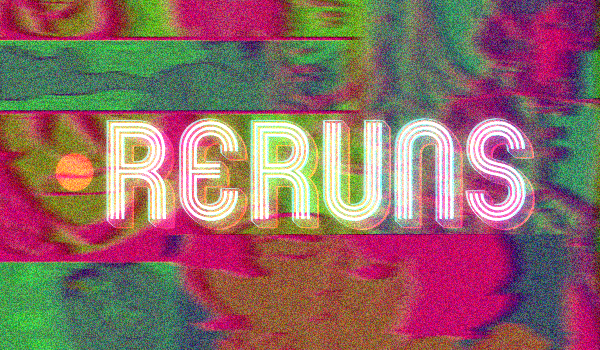 WARTORN TRAILS- Early pre-production has been started on the sequel to Snowbound Blood, entitled WARTORN TRAILS. You can read more about it here. 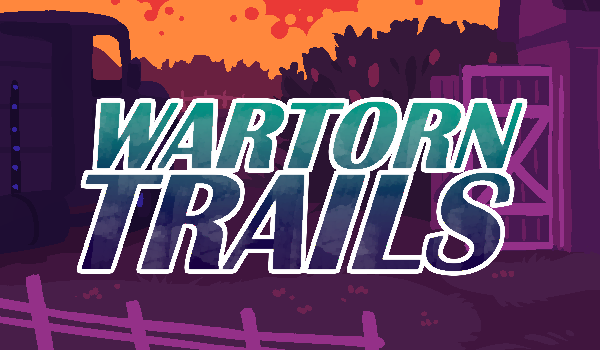 We hope you found the 10th anniversary just as special to you as it was to us! And of course, new updates coming soon!

‘Corporate Holiday Hits’ is now up on Bandcamp!

We missed the holidays last year because we were so busy... so we're making up to you all with ten new festive tracks from the VEMT!

Merry Christmas and Happy Yulepassing! Oh, and also it's Taz's wriggling day. That too! 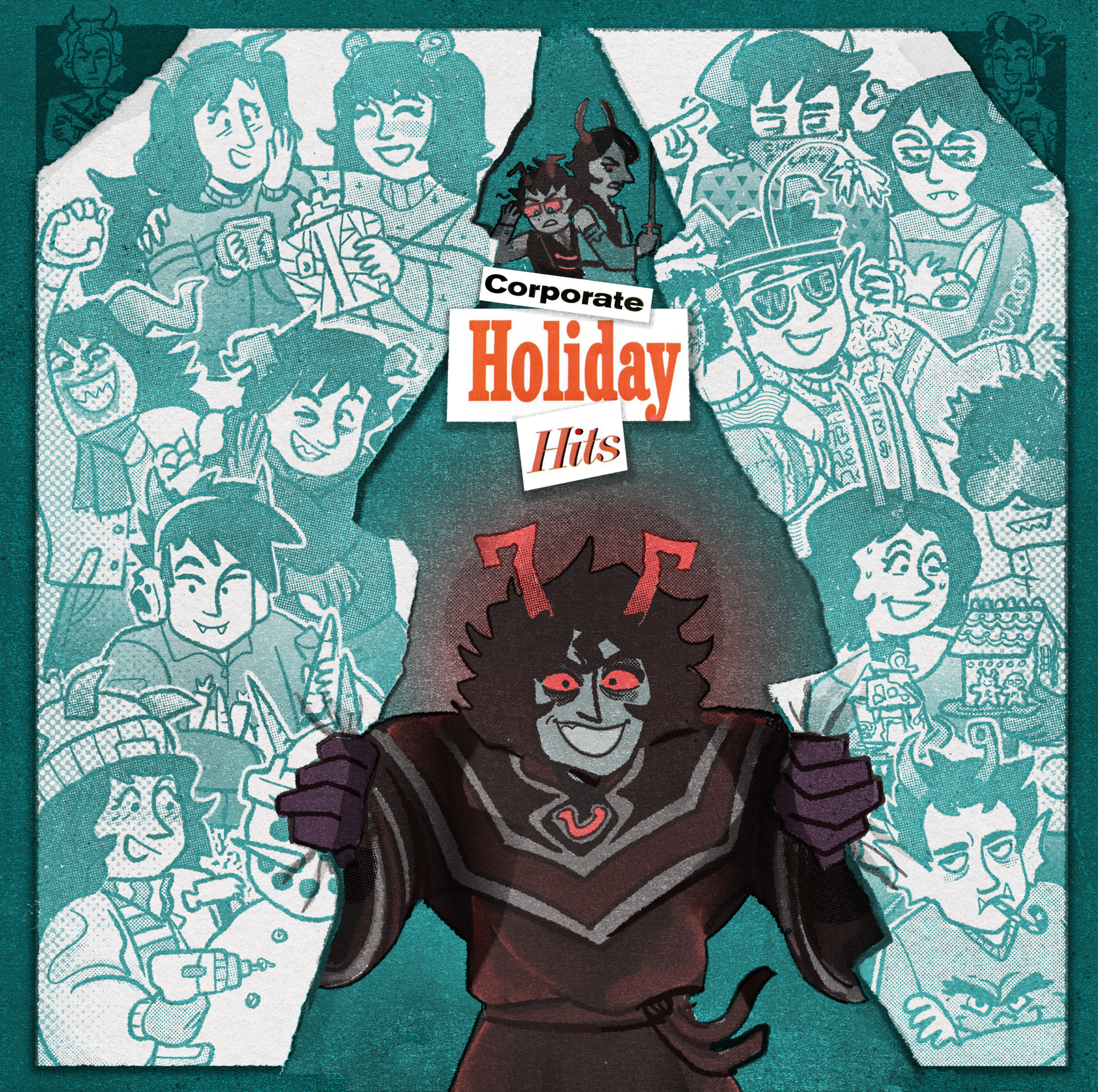 The return of the progress bar! Bask in all that it represents. Also don't worry too much if it seems a little... different.

We're looking at give or take a bit over a month long turnaround on this animation, but as any fan will tell you, our estimates are always extremely liberal. It's going to be another whole team affair, guest artists included. It's not super long, but it is very dense and dynamic. For a majority of its runtime, there will be action happening literally every two seconds.

Speaking of artists, please welcome Charlie, Ciro and Olschu to our head art team! As of this update they are all helping Xam with panel production. They've all worked on VE projects in the past including other animations, Snowbound Blood, album art and wallpapers as well.

While we're here, I'd like to talk just a little about the direction the comic will be taking after this animation is released:

Originally there was planned to be ~50 more pages to I2S2, but that has now been changed. Instead we will have one more standard update to round out this Intermission, and after a break for planning and production, we will be jumping right into Act 3 Act 1. A3A1 has a very strong main cast focus, with a side focus on everything else that's been built up in some way affecting them and their session. Those scenes originally planned to go after this animation will be placed here instead, as they better demonstrate this facet of VE's story.

Also, this will be the final update viewable on MSPFA. To reiterate what's going to happen when the animation is ready, it will ONLY be available on Deconreconstruction, along with any new VE updates and extended content. The comic will then end after EOA1, and it will redirect the reader here to continue. Think of it like a trial version, for anyone who so happens to stumble upon our old stomping grounds.

With that in mind, please look forward to the animation! I promise the waiting will make you feel all the more happier when it's released. :)

Following its announcement in the news post last month, we've officially rolled out the promised changes to Deconreconstruction.com. Our new backend and API are functionally complete and integrated with our current frontend, which means we are fully divorced from MSPFA and are able to stop mirroring the comic there in the near future. We have a pretty specific point in the comic that we're looking to do that.

If you're reading this from MSPFA, we suggest checking out our (not-so-)new home website — it will soon be the only place you can read Vast Error past Act 1. As of the release of Thaumatrope last month, Deconreconstruction.com is the base of operations for anything and everything in the Vast Error Media Universe. The VEMU, if you will. There's probably a better name for that.

A bit of an unannounced "dry spell" happened as we produced this update. Originally this was just supposed to be a litmus test for later games and walkarounds, and only meant to take a couple weeks up to a month to complete.

This social media simulator unintentionally became the most labor intensive project in the comic thus far, and the scope of it continued to increase with writing and programming. Mix that with a few less than ideal personal situations, misaligned schedules, a hurricane, plus some plain old mental slump for flavor and you've got yourself a pause. A DIGESTopause.

I'll be releasing sketches, unused fills, memes and concepts on our Patreon in the near future. But for now! It's been a while. Let's catch up a little bit, shall we?

THE COMIC ITSELF- Intermission 2 Side 2 is a little under halfway done as of this update. During the interim, we have been steadily working on an update backlog and will be releasing what we have in 3 day spurts over the next week or so. After that we'll be back to more or less weekly updates, of which I believe we will have around 3-4 before we take another hiatus for flash production. You'll know when that happens.

I'd like to finish I2S2 by the beginning of March, take a short break to plan, and start Act 3 Act 1 strong on 3/22. Which is also going to be VE's 10th anniversary, and I will try my best to make it a real occasion.

SNOWBOUND BLOOD- SBB is still in active production, albeit slower than anticipated. Volume 10 has gone through a decent few drafts to get it where it currently is, because we ended up not being satisfied with some earlier concepts in the featured routes. It has a majority of asset and writing work completed, but will still take some time.

Vol. 11 will no doubt be the biggest volume to date and it is also in simultaneous development, currently in early stages. Vol. 12 and the Epilogue will be comparatively smaller in scope. We've thrown around a lot of dates to finish SBB on but it's hard to develop because of how strict its plot progression works as a detail oriented mystery, meaning we can't usually work out of sequence. It will be done when it's done.

THAUMATROPE- You might have seen this Twitter pop up on your feed recently. This is THAUMATROPE, a spinoff comic series almost entirely done by our head artist; Xamag.

I won't be saying much about it here other than it starts October 18th, it will be hosted here on DCRC, and it IS canon. We don't make things that AREN'T canonical here.

Along with the release of Thaumatrope will soon come some changes to our back end. With that, DCRC will basically stop being a mirror site of a mirror site, and everything will become localized. Because of this, we really don't need to host the comic on MSPFA anymore. It doesn't make sense to have a website solely dedicated to posting your content and then continuing to put the content somewhere else!

However, we are entirely grateful to MSPFA and its team for giving us a start and allowing this comic to flourish to begin with. Without it, the comic and many of its older inspirations that got it where it is now would not exist. We will not be pulling VE entirely off the website, and have decided to leave up Act 1 in its entirety for those who find it. After that, the comic will "end" and the reader will be redirected here to continue.

MUSIC- We have one more release planned for this year, a solo album at the helm of early 2000's power pop emissary: votl. We're currently looking at a Halloween release date, but that's very much subject to change.

I'd also like to do a little 5-12 track Yulepassing EP as a gift for the season. We totally skipped out on it last year, so I thought it would be nice. Volume 5 is going to be a ways off, but the music team currently has about 30 tracks in the works with more to come. Obviously, another big boy.

Spend your time wisely, the content drought is going to be upended with a bountiful flood.